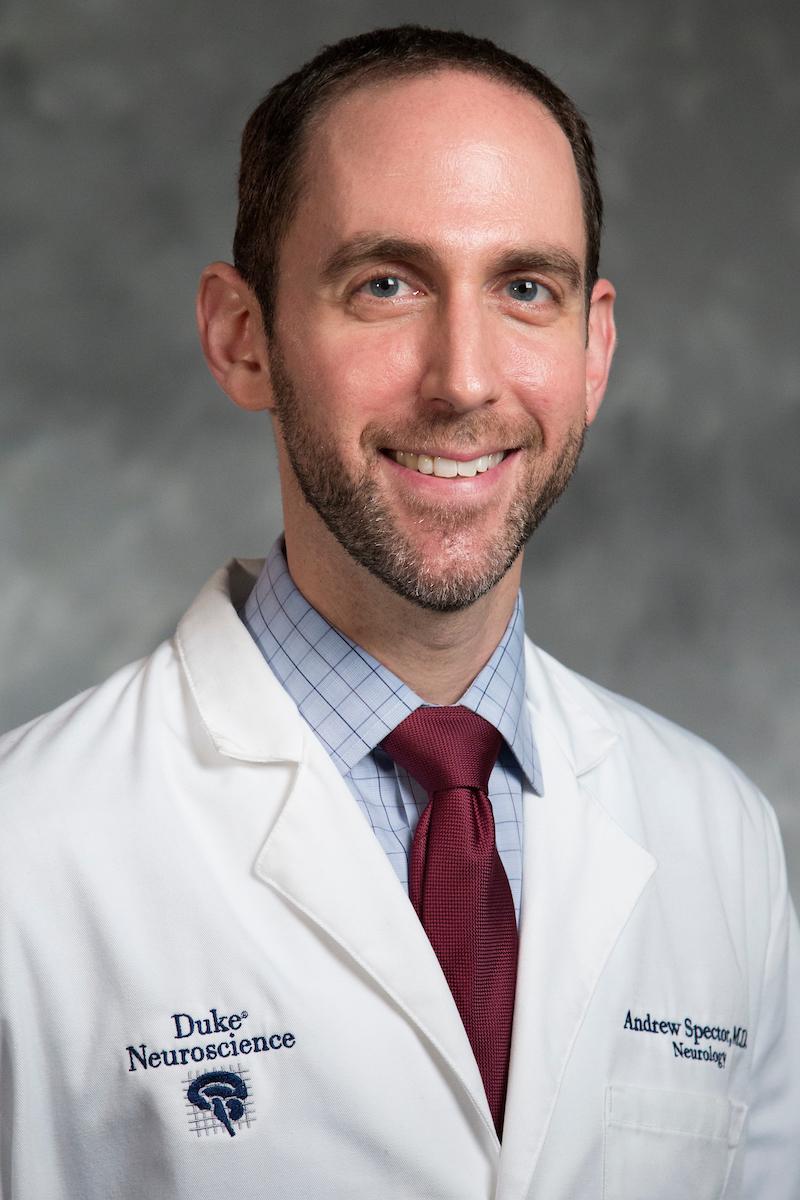 Sleep, one of our body’s most basic needs, is important for all aspects of health. Not getting enough sleep increases the risk for everything from heart attacks to dementia to divorce. Unfortunately, many of us--women included--aren’t getting enough of it. For our third and final “Neurology and Women’s Health” interview for 2019, Andrew Spector, MD, talks about how insomnia, sleep apnea, and other conditions affect women. He also discusses his own recent research that shows how characteristics that predict sleep apnea are different for men than for women, as well as some ways women can get better sleep and be aware of their own risks for sleep disorders.

What behavioral or lifestyle issues that contribute to women not getting enough sleep, or not getting enough high-quality sleep?
Unfortunately, we still have a society where women are expected to not only do more work around the home, but studies shown that women also more work when they're at work. Putting in longer hours of work, whether they're paid or not, can reduce the opportunity to sleep. Doing more work often leads to less time to sleep. And women are vulnerable to the same lifestyle factors that affect all genders: alcohol, tobacco, and caffeine, for example, can all sabotage sleep and should be avoided close to bed. In fact, to get high-quality sleep, avoid caffeine after noon.

What are some of the health consequences associated with not getting enough sleep (or not getting enough high quality sleep)?
Good sleep is necessary, though not sufficient, for good health for both men and women. Lack of sleep and/or poor quality sleep, such as from sleep apnea, has been associated with a myriad of health consequences, including, to name a few: heart disease, strokes, dementia, chronic pain, depression, and car accidents, not to mention divorces.

You were the senior author of a recent study that found that factors that predict obstructive sleep apnea (OSA) differ for men and women. What were a few of those differences?
Our study identified several factors that predict the presence of OSA in men and women. We could predict men who had moderate to severe OSA by looking at BMI, neck circumference, and the Epworth Sleepiness Scale score. For women, though, age, neck circumference, and morning headaches were more predictive.

What do those differences mean for improving our knowledge or treatment of OSA?
What's important about this is that for women, many of the classic symptoms, such as daytime sleepiness, were not as predictive as physical characteristics like age and neck circumference. Women over age 50 with neck circumferences greater than 14.5 inches should be considered for sleep testing regardless of the severity of their symptoms.

What are a few simple things both women and men can do to get better sleep?
For people who have continued trouble sleeping, we need to figure out why not before offering any advice on how to help.

The most important thing to do is distinguish between sleep deprivation and insomnia. Insomnia is trouble sleeping despite an opportunity to do so, and sleep deprivation is a lack of opportunity to sleep. If insomnia is a chronic problem, it's worth speaking to your physician. But for the many of us who are sleep deprived, we really have to make sleep a priority. As important as exercise is, sacrificing sleep to exercise doesn't make us healthier and will sabotage attempts to lose weight. Binge watching Netflix instead of sleeping is also generally a bad idea.

What’s one thing you wished more women knew about sleep disorders or sleeping habits?
I see a lot of women who think sleep apnea is a disease only men get, but starting at age 40 or so, women's risk of developing OSA goes up rapidly. This is a very manageable condition with dire consequences, so women need to recognize that they, too, can have sleep apnea.