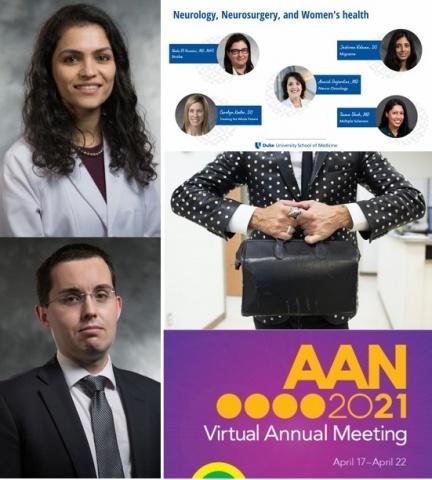 The Duke Neurology Department continued to grow and expand its missions of providing excellent clinical care, conducting research to improve our understanding of neurological conditions and how to treat them, and training the next generation of neurologists throughout 2021. Highlights from the first half of that year include a series of interviews discussing the intersections between neurology, neurosurgery, and women's health, our Department's contributions to the American Academy of Neurology's first virtual conference, and a feature story on how one of our neurologists is working with patients to work with patients to find a cure for ALS. Read these summaries and find links to the full original articles below.

(This article is the first of a two-part series. Read the second part here).